From Amsterdam I caught a train to Belgium, a country I haven’t been to before. Belgium is a small country but ones that causes a lot of contention on travel blogs and review websites! People either love or hate the four main places to visit; Antwerpen, Bruges, Gent and Bruxelles OR Antwerp, Brugges, Ghent and Brussels (names in English). They tend to love one or two, think the other is okay and then despise the fourth. What was I to do with this information? Go to all four and make my mind up for myself, of course!

I stayed at the Antwerp Student Hostel and it was well located to the old town. The hostel was really clean and the staff were friendly. I shared a 4 bed mixed dorm with two guys from Finland. On the first night I had a craving for spaghetti bolognese and went to the nearest supermarket to get the ingredients. The supermarket was really busy and they didn’t have beef mince so I left with some chocolate and muesli bars, and went to find an Italian restaurant! I personally found the area to be quite seedy at night and was not enjoying the vibe. I found a grungy place that did a 8 euro pasta and then headed back to the hostel. Unfortunately my favourite app, mapsme, wasn’t working terribly well in Belgium and I ended up getting really lost. I knew I was close by, but had no idea where to go. After walking around in circles a few times, I stopped at a bar to use their wifi and load google maps. When I walked in and said hello to the bartender, she made everyone buy me a drink! She was from Bulgaria and we got chatting, and there were a few guys all in there and having a drink. I politely declined any more alcohol after my second drink, thanked her, and made my way back to the hostel. Turns out I was 500m away…

On Friday it poured with rain so I just walked around the Old Town and took shelter in some shops. That evening I went out for sushi and a couple of drinks with my Finnish roommates and was shocked that there was literally a 3 story “cafe” that didn’t serve food, only alcohol. How bizarre! The sushi was expensive and average so I retired to bed around 11:30pm and was happy to be leaving Antwerp for Brugges on Saturday.

Antwerp does have arguably the most beautiful train station in Europe though. Their central station is amazing & their Old Town was lively. 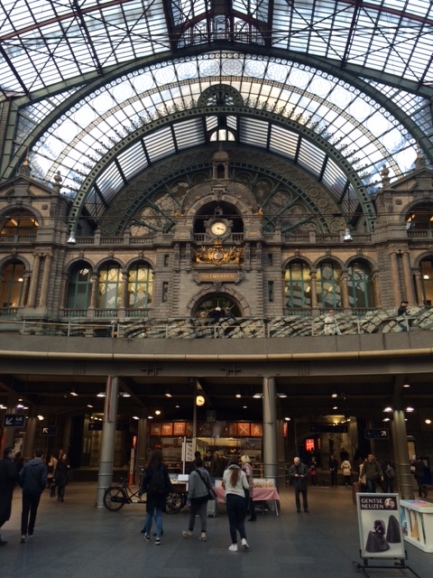 From Antwerp I took the train and bus to Brugges. It took only an hour in total and I checked in to the St Christopher’s Inn Hostel on another rainy day. This hostel wasn’t the cleanest or the best I’ve stayed in but it was the most social and I met some lovely people. On the first night I was sharing with a Canadian in his fifties and a great couple who are living in Amsterdam. Johnno is an Aussie and Phil a Canadian so the The Commonwealth representation was strong in room 14! I went down to the bar around 6:30pm on Saturday, had a five euro pizza and things were pretty quiet. I never would have expected that I would be dancing until 3am but let’s just say things escalated quickly! I also met two other girls travelling on their own, Adrienne from the USA and Carolina from Uruguay and we had a great night! 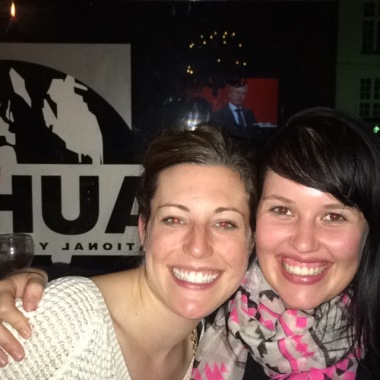 On Sunday I was feeling pretty sorry for myself but still managed to walk around the beautiful Old Town, indulged in some fries, wandered some more, took a nap and then caught up with the girls later that evening. They both headed off on Monday and I booked in for an extra night. As I was eating my breakfast and minding my own business, a man also staying at the hostel started yelling in French at the group next to him. I caught the eye of this young guy and said “I have no idea what was just said” and he goes “he was yelling at them for making too much noise and that he wants to eat his breakfast in peace.” His wife was also telling him to calm down. Mate, if you want peace you probably shouldn’t stay at a Hostel… #justsayin

Anyway, his little outburst introduced me to Miguel and Gabriela, a young couple from Guatemala who are living and working in France and Belgium. They’ve only recently finished high school and are over in Europe, how cool is that?!

We spent the day exploring and climbed the 360 something stairs to the top of the clock tower to take in the view of Brugge. It was pretty but but they had the security grates which limited our ability to take a decent photo. Surely they could leave a big enough space for a photo?! Especially because you pay around 8 euro to go up there. After that exercise we decided we needed to undo our hard work with some beautiful handcrafted Belgium chocolate. The Chocolate Line is the shop recommended by locals and it did not disappoint! I sampled a few and it was well worth it. While we were there, one of the chocolatiers was building and sculpture out of pure milk chocolate. Heaven.

Afterwards I went back to do some washing and then the three of us hunted down some waffles. Gabriela and Miguel informed me of the very important differentiation between Liege Waffles and Brussels Waffles. Gabriela was incredibly determined that we would find the best Brussels waffles available, and had researched a couple of places. Of course the ones we went to had closed early and she was not impressed. A girl after my own heart! After madly running around we settled on a restaurant and order our waffles. The Brussels waffles are light, fluffy and served warm. The Liege waffles can be found in the supermarket and often eaten cold. Nowhere near as good! Belgians have the waffles served just with icing sugar and a touch of cream, where us as travellers love adding things like nutella, strawberries, banana, ice cream etc. My waffles were incredibly tasty! 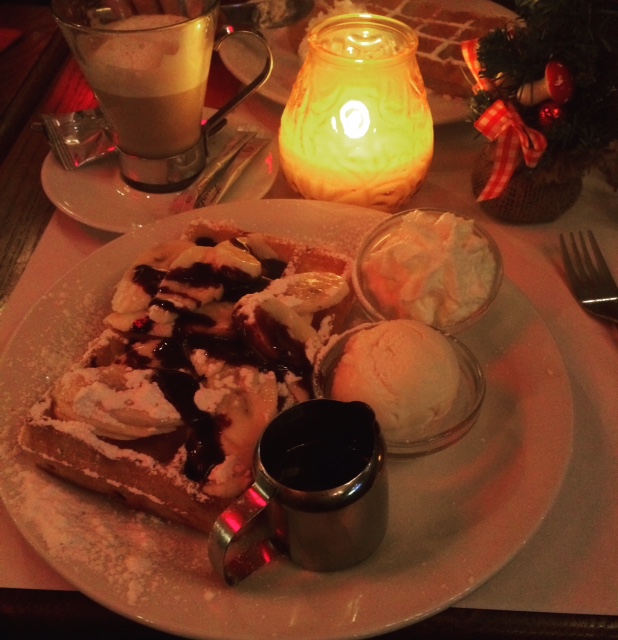 On Wednesday we visited the Op Shop nearby, had 3 euro pancakes (delicious) and went and checked out the windmill. Unfortunately I was feeling a cold coming on and bid farewell to Gabriela and Miguel, and headed to Ghent, a city only about 50km away. As I was waiting at the bus top, I saw them both chasing after me. They had run from the hostel to give me a Guatemalan friendship bracelet. I left Brugges having gained some amazing friends.

One thought on “You will go to Belgium and you will drink beer, eat fries, eat waffles, eat chocolate, dance and climb bell towers. And it will be so worth it.”