I had said many times over Christmas and New Year that Iceland would be my last trip before starting work. I mean it really was time I retired the backpack and became a working member of society again. While that was my full intention, Dad’s cousin Heather and her husband Bob invited me to come and stay with them in Brittany, France and all intentions of staying put in London evaporated. A few days later I was up at 3:15am to make my way to London Stansted (not something I would be in a rush to do again) and fly RyanAir to Dinard.

In the off season flights only go to Dinard on Monday, Wednesday and Friday’s and your only option is to fly with RyanAir. I hadn’t heard great things about the airline but was willing to give them a go. They were on time, I sat next to a very well behaved 4 month old baby and his lovely mother so the transport gods really had my back.

Heather and Bob were waiting for me when I arrived and our first stop was the grocery store to stock up on fresh seafood and croissants. HELLO FRANCE. Saint-Gelvin, where they live is a small village in the Brittany region and the nearest big grocery store is about 45 minutes away. The village is picturesque, quiet and everything you could want from a visit to the French country-side. In the summer it’s packed with families and holiday makers who visit the region. It’s very popular with campers. I’m feeling another motorhome trip coming on… 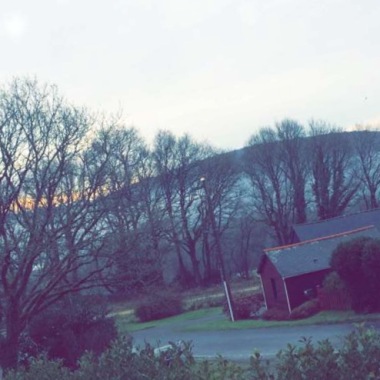 We stopped by Lake Guerlédan, the largest artificial lake in Brittany that was a huge hit with tourists last year as it was drained between April-November. The last time it was drained for repair works was in 1985 and over 3 million people came to visit. To me it looked quite ugly ugly close up (even though it had started to refill) and I’d much rather visit a full lake then and empty one, but alas it was yet again a big tourist attraction. Go figure!

After a delicious long lunch, the 3am wake up call was getting the better of me. I had a nap and then Heather and I went for a big walk back down to the lake and I saw more of the local area.

On Thursday we walked along the old railway line to Caurel, a village close by that the Tour de France usually passes through. In the winter things are verrrry quiet. We saw about 3 other people in the time we were there. It was a lovely 8 kilometre walk and I was very much enjoying the relaxed pace of life in Brittany, compared to London! 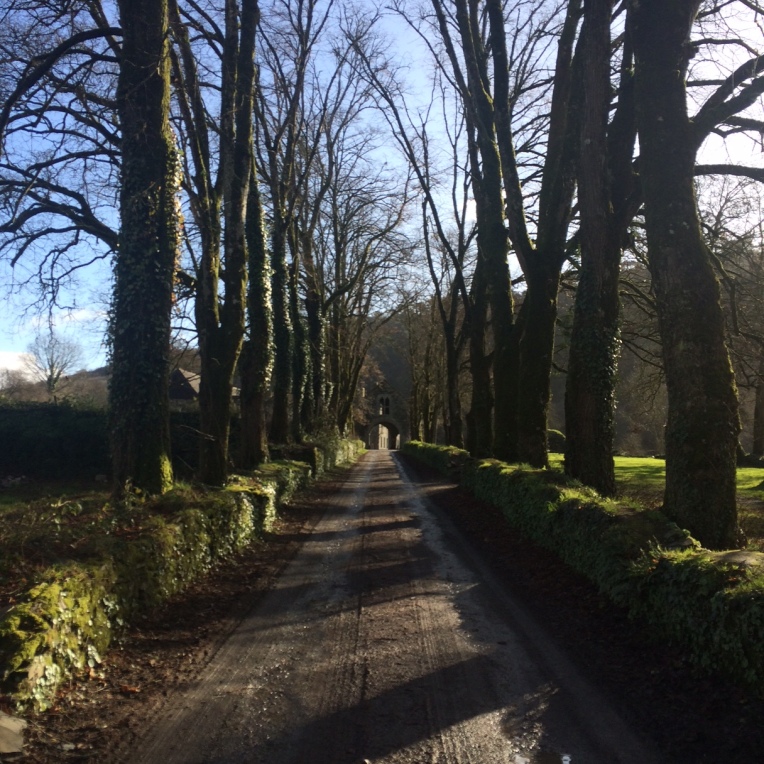 We had grand plans to go to Mont Saint Michel on Friday and I was really looking forward to it/fearing for my life if I didn’t visit after my brother DEMANDED I go there. He’s so bossy. The weather had other ideas though. After being rainy and mild, we woke up on Friday morning to SNOW. It only snows about 3 days a year in Saint-Gelvin and after we set off and saw a Lorry jack-knifed on the motorway, we decided to turn back. I’ll add it to the “I’ll have to go back!”list much like the Cliffs of Moher in Ireland.

Our wet/snow weather plan was to rug up and go on another walk, this time in the opposite direction along the railway line to Abbaye de Bon-Repos. All I could think of along the way was…. Turtles! The name is so similar to Mon Repos in Queensland so it was nice and easy to remember, but certainly nothing to do with turtles. Here we had a delicious lunch in a family pub and wandered around the Abbaye. In the summer time they hold a big medieval festival here and the place is buzzing with campers. On the journey back (another 8km+ walk) Heather and I tried our hand at hitchhiking but with only one car passing our odds were not good!

On Saturday we ventured to Lannion for lunch, browsed through some shops and walked around as Bob was competing in an archery competition later that afternoon. We also visited the beautiful Pink Granite Coast. Standing by the seaside reminded me of home and the scenery was amazing!

The weather was meant to turn bad again on Monday and fearing we might have issues getting to the airport on Monday, we booked in to a B&B near Dinard and had a holiday within a holiday. We stayed at Manoir du Clos Clin and it was amazing! We spent the evening walking around Dinard, taking in the beach views and indulging in a three course french meal. Dinard is such a beautiful coastal town and a place I would love to revisit in the summer. Heather and Bob absolutely spoiled me and made my trip to France one to remember.

On Monday morning we awoke to sleet and pretty average weather. As I was retrieving a couple of things from the car, I saw the B&B owner return with fresh baked goods for our breakfast and it was incredible! I have no idea how the majority of French people are in shape when they eat such decadent foods. We had at least 3 kinds of breads and croissants and chocolate was heavily featured. So good. The owner joined us for breakfast and we had quite a…robust conversation. He was surprised I had moved half way across the world on my own and was choosing my career first and love and relationships can come later. He said that in France love always comes first and then I asked how that was working out for them considering their unemployment rate is at 10.5 per cent… We all laughed and then he said I would be welcome back with my husband anytime. He was not ready to concede!

After 5 days in France I can without a doubt say it is a country I fell in love with and can not wait to visit again. I returned from Brittany on the Monday, found a place to live on the Tuesday, moved in on Thursday and started work on the following Tuesday. My backpack has been relocated to the storage cupboard but never fear, it won’t be for long. I may have another international jaunt coming up in early March. Stay tuned!