It’s the random days between Christmas and New Year where we are all wondering what to do with our lives, or working like I was.

In England it’s rainy, it’s dark, it’s cold and we aren’t even halfway through winter. I find out I need to be in Dubai and Hong Kong for work in late Jan with a few days between the work in Dubai finishing, and the project in Hong Kong starting. Rather than trek back to London, to then fly the 12 hours back to Hong Kong a week later, I decided I’d find somewhere warm to go that was somewhere in between the UAE and Hong Kong. A bit of Googling later and we had a winner… Sri Lanka!

Sri Lanka as a tourist destination is EXPLODING! Every other article is why it’s a must-visit destination in 2018. I had no idea what to expect but had read amazing things about jungle visits, tea plantations, beaches, temples, scenic train trips, incredible food and amazing people.

After a very busy few months, I just wanted to go and chill out by the beach, read books, go for walks and sleep. With this in mind and the fact I was limited to 5 days, I decided on Mirissa Beach. Mirissa is a gorgeous seaside village around 2.5 hours south of Bandaranaike International Airport (CMB), near the country’s capital, Colombo.  The fastest and most straightforward option for me was to hire a driver, organised through my accommodation. This was £50 (or 88 Australian dollars) which I found VERY reasonable.  You could take a bus or train for around $2 but that just wasn’t something I was interested in doing. After seeing the way the drivers treat the buses like Ferrari’s on narrow roads I was pleased with my decision.

I landed in Colombo at 4:45am after a night flight from Dubai. I was not feeling fresh AT ALL after being quite ill in Dubai I was very relieved to see a driver waiting in arrivals for me. I slept for most of the trip and when we arrived in Mirissa at 8am I looked at the guesthouse I had apparently booked and wasn’t convinced I’d been taken to the right place. I showed both the driver and the owner of the place my booking and was like “are you sure this is the place?” and they are like “yes, yes, this is Mirissa!”

I then saw that my room didn’t have air conditioning. I knew for a fact I booked a room with A/C. When I asked the owner if there were any rooms with airconditioning he told me it would cost me an extra £20 for the entire stay. SIGN ME UP!  I took a shower, fell asleep in my towel and was looking forward to a day of rest. 30 minutes later the owner knocked at my door and was like “you are at the wrong hotel! I have got my friend who has a Tuk Tuk to take you to the right place”. I was like … thought so. This then became the talk of the town and quite the commotion. When I arrived at the new accommodation (about a 10-minute ride away) the locals were laughing, clapping and wheeling and dealing who owed who what money.

I was thrilled to see my new accommodation was 1000 x nicer and half the price of the place I was taken to! It turns out there were two girls flying in from Dubai on the same flight as me and the drivers at the airport got us mixed up. The girls were not impressed to be leaving the amazing accommodation for their new guest house. My new host informed me that in 30 years of owning guest houses, this had never happened before. I was like welcome to my life, these are the dramas that follow me around!

I stayed at Mirissa Beach Inn, in a brand new room which was huge, had terrace access, a view of the beach and a really nice bathroom. Breakfast was included and the total cost for 4 nights was …. £54! An absolute steal. The place was much nicer than the photos suggest. It was also a 1-minute walk from the beach and felt very homely.

Mirissa beach itself is stunning. It’s not too touristy, there are lovely restaurants and cafes right on the beach and it has this great vibe to it. I spent Thursday and Friday swimming, eating seafood, getting hour-long massages (for £12!), soaking up as much Vitamin D as possible, reading on the beach and chatting with the people working in the cafes. Mirissa felt very safe and everyone was super nice. 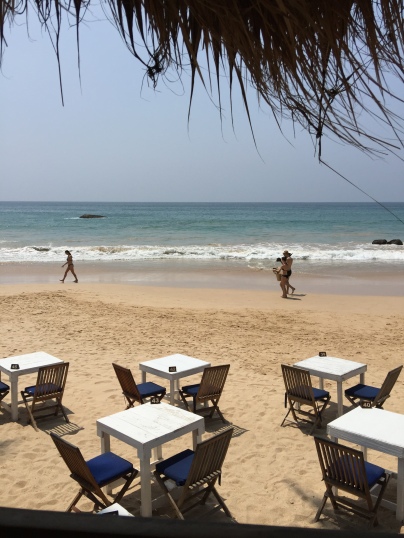 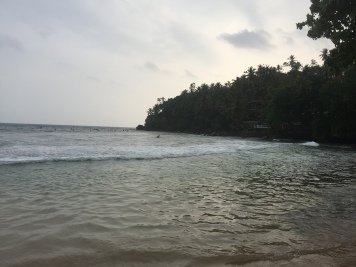 On Saturday I took a day trip to Galle, a seaside town about an hour from Mirissa that is mainly known for Galle Forte and it’s famous cricket ground! Galle Forte is a UNESCO World Heritage Listed Site and was built first in 1588 by the Portuguese and then fortified by the Dutch in the 17th Century. The views were stunning. It was a super hot day so after exploring Galle for a few hours, I took a Tuk Tuk to Unawatuna ( I LOVE TUK TUKs), another really popular beach on the south coast. It was nice but I found it a lot more touristy than Mirissa and it just didn’t have the same laid-back and authentic vibe that I loved in Mirissa. 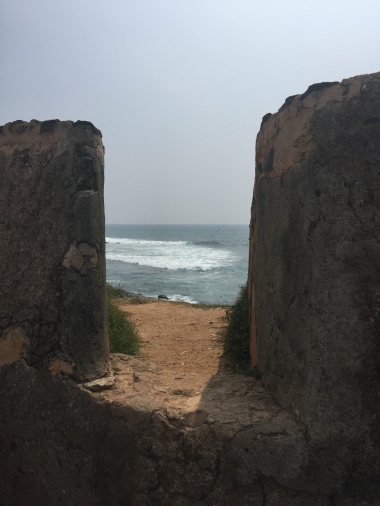 I left Mirissa around 11am on Sunday and made my way to Negombo, a beach town that’s about a 30-minute drive from Colombo Airport. Pretty much every blog, travel guide, and TripAdvisor post said that this is a great place to spend a night if you’ve just arrived in Colombo, or are departing. CMB airport seems to only do really early arrivals, or really late departures so being close to the airport is appealing. The drive took about 3.5 hours and I have to say, I did not rate Negombo at all. The hotel I was staying at, Jetwing Blue, claims to be 5 stars, but it was 3 at best. Everything was either double or triple the price of Mirissa, everyone was asking for money, I was hassled by men constantly to the point where I changed my rings from my right hand to my left to it looked like I was married, which was very effective! If I had my time again I would have stayed in Mirissa an extra night, or somewhere closer to Colombo that wasn’t Negombo. The one redeeming feature were the stunning sunsets. 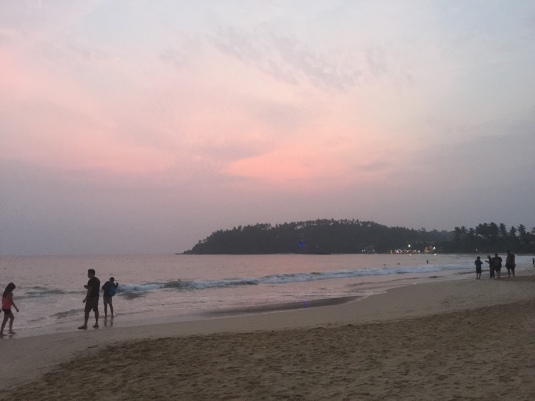 There is so much to see and do in Sri Lanka and while it’s a relatively small Island, it does take quite awhile to get around. I think you would need a minimum of two weeks to enjoy two or three places, but it’s easily somewhere you could road trip around for at least a month.

I lived on seafood, sunshine and fresh fruit and felt reinvigorated from my five days in this amazing country.  I would highly recommend Sri Lanka for solo travellers, as well as couples and families. It has something for everyone!